In September 2016, we scraped 1.2 million Instagram posts that included the tags #spon, #sponsored, #sponsoredby, #sponsoredpost, or #ad. We then scraped the 99 most recent posts (both organic and sponsored) created by:

Only three Instagram users were on both lists, posting significant amounts of sponsored content that also received a high average number of likes. Overall, we found that organic content received more engagement than sponsored content for both of these groups.

What are the Differences Between Quality and Quantity Influencers? 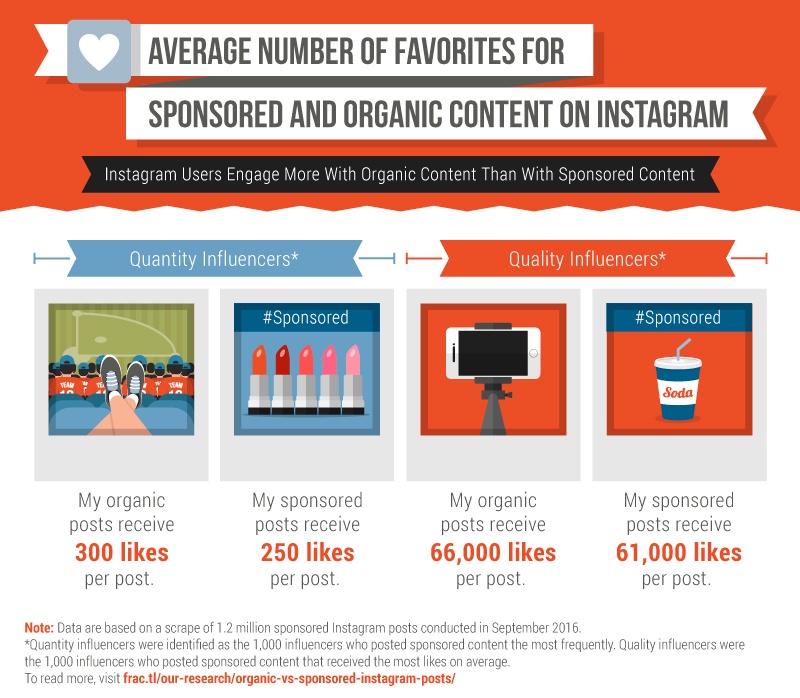 Excluding the Kardashians (and Friends)

Our list of quality influencers included powerhouses like Zach King, Kylie Jenner, and Kendall Jenner, whose organic Instagram posts regularly rack up over one million likes. Not only is purchasing an Instagram post from these celebrities prohibitively expensive for most companies, but it also may not be the most effective influencer marketing route. So what happened when we excluded Instagrammers with over one million followers?

When we excluded Instagram users with over one million followers, the landscape of quality and quantity influencers shifted slightly. But even after excluding big-name influencers, sponsored content generally received less engagement than organic content.

What About Engagement Rates?

On Instagram, the more followers an influencer has, the lower their engagement rates. 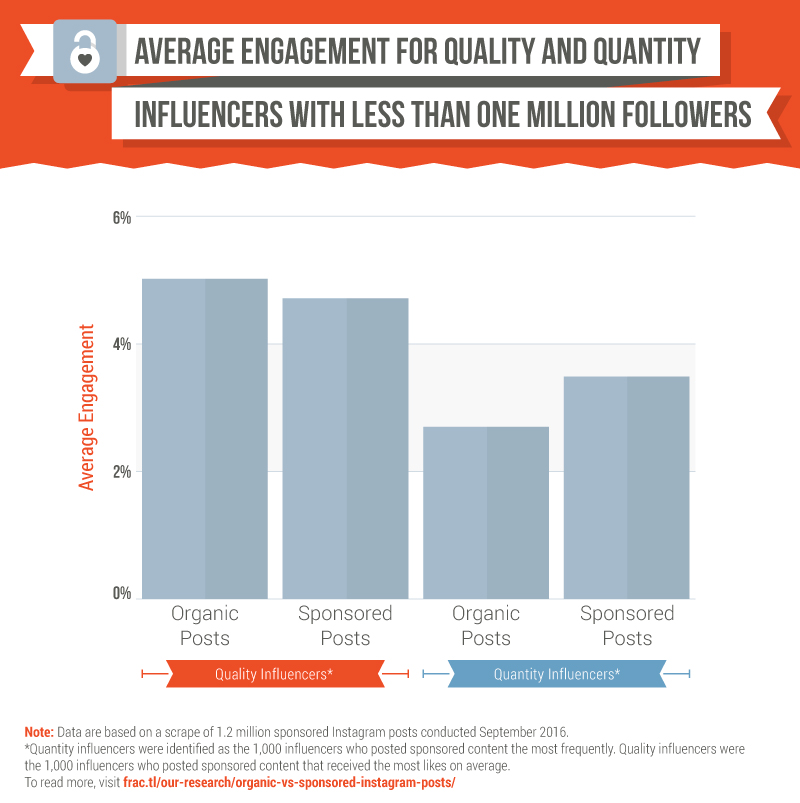 When excluding influencers with more than a million followers,

It’s been concluded that baseline engagement for sponsored content is consistently lower than engagement for organic content, but do certain types of sponsored posts perform better than others?

We classified posts as belonging to a certain vertical if particular keywords were included in the post caption or the post tags. Vertical distinctions were not mutually exclusive. 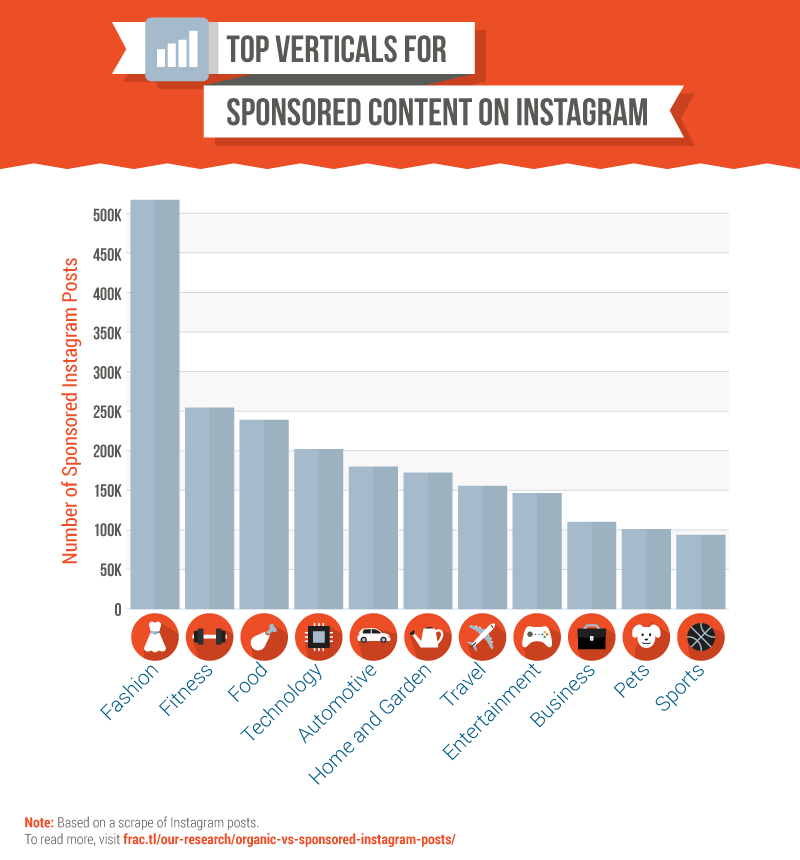 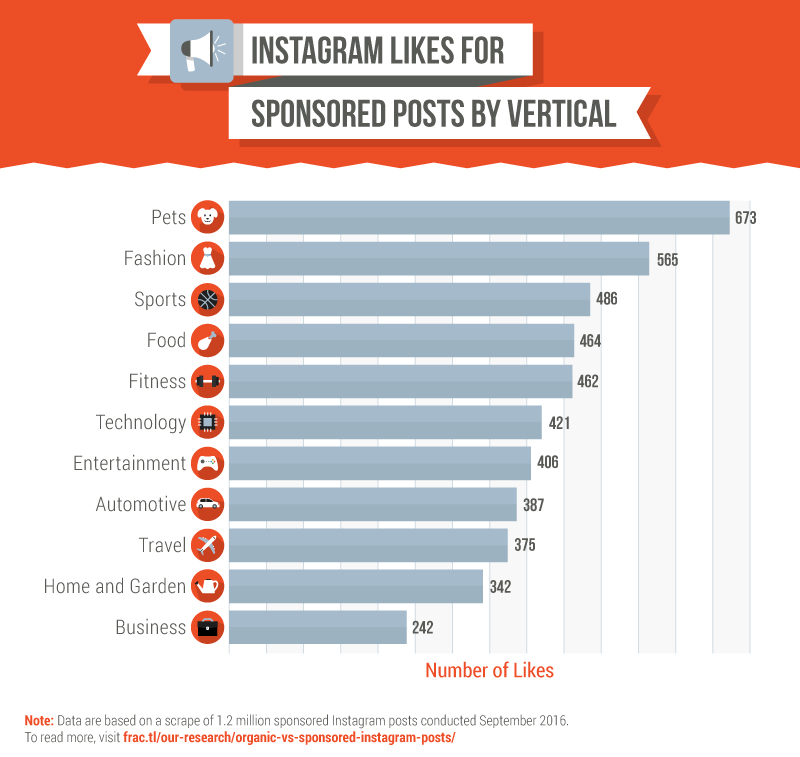 Although Fitness and Food were two of the three most common types of sponsored posts, they did not receive the most likes per post.

Sponsored content on Instagram received less engagement, on average, than organic content. Sponsoring content can be an effective part of a marketing strategy, but there are a few key things to keep in mind when choosing an influencer:

For more help with an influencer marketing strategy, check out our guide to finding effective influencers.