Ask any journalist, and you’ll find out just how overfilled their inboxes have become in the past decade. In fact, we asked about 1,300 writers, editors, and contributors for some specific numbers. This is what we found.

Now ask any PR professional, and you’ll hear them say that pitching isn’t easy. With so much content and such little demand for it, publishers have a distinct advantage in the relationship between public relations professionals and journalists.

Our team consistently earns media placements and mentions from some of the top publishers on the internet. We’ve conducted internal analyses on our performance in the past and have received valuable information. However, we still wanted to learn more. Our survey of 1,300 publishers, writers, and editors reveals the worth of a pitch and some tips to help PR professionals increase the value of theirs.

How Valuable Are Pitches to Publishers?

While lower-tier sites are more likely to find your pitches valuable or very valuable, most (nearly four out of five) top-tier publishers find that pitches have at least some value. 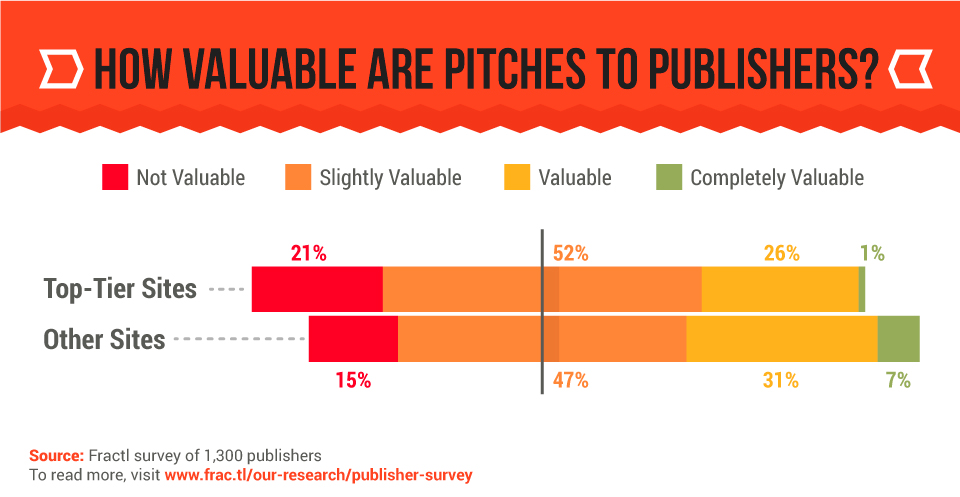 How Often do Publishers Read Pitches?

Overall, there’s a pretty good chance your pitch will at least be read. Forty-five percent of respondents revealed they often or always read pitches, while only two percent admitted they never even open the email. 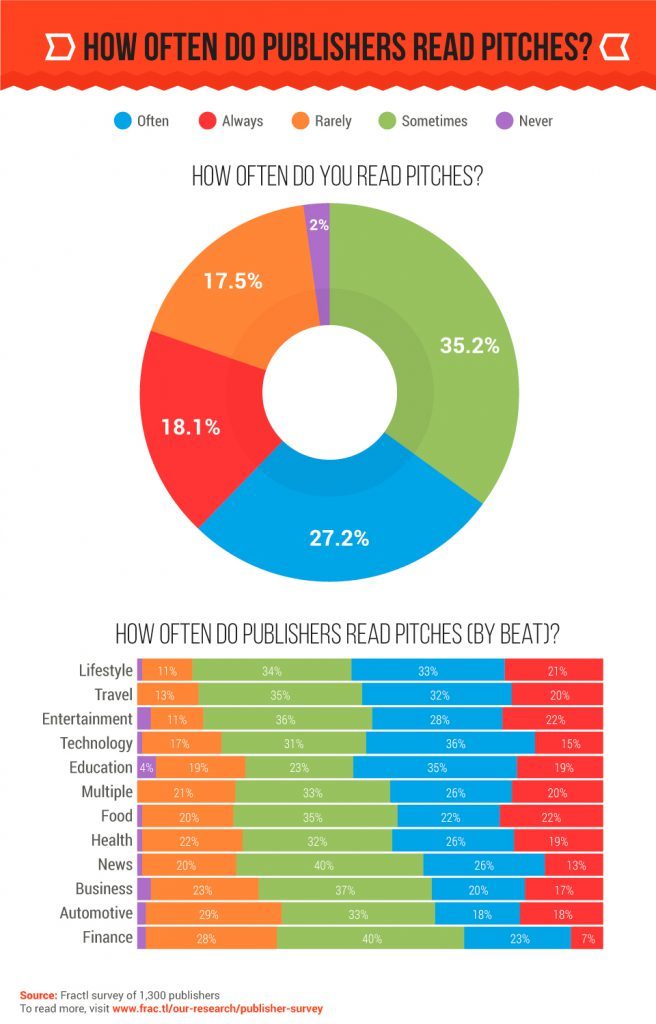 Don’t be discouraged, however, if your content falls into the latter categories. The same writers and editors also chimed in on their pitching preferences, which will ultimately increase your odds of being seen and getting that reply. From properly timing your emails to forming the perfect pitch, keep reading for some exclusive insights, and be sure to check out our “Tell-All Guide to Digital PR” for an in-depth road map to digital PR.

What Are Publishers Looking For?

What Are Publishers Not Looking For?

What Makes a Pitch Grab Their Attention?