In the past few years, data visualizations have taken a prominent place in reporting. From the New York Times’ interactive stories to Vox’s widely shared charts, both new and old institutions have started to use data to explain and contextualize current events.

How Did We Get Here?

Journalists have always used data in their reporting. Tipao, a publication for Han dynasty bureaucrats, reported news of trials, executions, and military campaigns. Because of difficulties in replication and reader accessibility, it wasn’t until much later that newspapers included charts and figures. But even the inclusion of data visuals predates the 20th century. In 1849, the New York Tribune published a chart explaining the magnitude of cholera deaths. Below, explore the growth of data journalism through time.

Although data in news is nothing new, we’ve seen an explosion in information and tools to help interpret that data in the past 10 years. Data-driven journalism is no longer a nice addition to a publisher; it is a necessity. Readers don’t only want to know what happened at a certain place at a particular moment in time – they want to be able to understand and explore the context behind that moment.

Since 2005, the size of the digital universe (defined as all of the digital information that is created, replicated, and consumed in a single year) has grown by a factor of 33. This increase, which shows no signs of slowing down, has been matched by an explosion in charts and maps. In 2012, there were 68 million Google search results for “map.” Between January 2016 and August 2016, there were 850 million results. Data and data visualization are ubiquitous and here to stay.

To learn about data-driven visualizations from the people who are wrestling data into stories every day, we had candid conversations with seven data-driven content creators about their process, where they get their inspiration, and what they think lies ahead for the field.

We picked their brains about the future of data-driven visualizations. We also used the opportunity to get a closer look at how they work and where they look for inspiration. (Note: their words are lightly edited).

Allison: We do most of our work in R using the ggplot library, and then we tweak our designs a lot. I don’t know if any spends as much time on Illustrator as we do.

Katie: I really let the data lead. My background is quantitative. If I get in with the numbers, I can internalize that quickly. I can see the takeaways and the story.

Matt:  Instead of figuring out the story before we design, we lean toward data exploration first. We prototype visualizations during analysis.

Nathaniel: We put the story first, rather than the technology. We have people who are flexible with the technology, and our process is very iterative so that we can tell a story worth telling. We also think about every bit of the process that you as a reader are going through, and make each piece of the visualization count.

Ryan: We have an internal culture of trying new things. Whether it be how we collect the data, or the topic of the content, our team makes it their mission to innovate. We also don’t tend to harp on a failed idea. Like the startup idea of “failing fast,” we learn from our mistakes and pivot until we are successful. 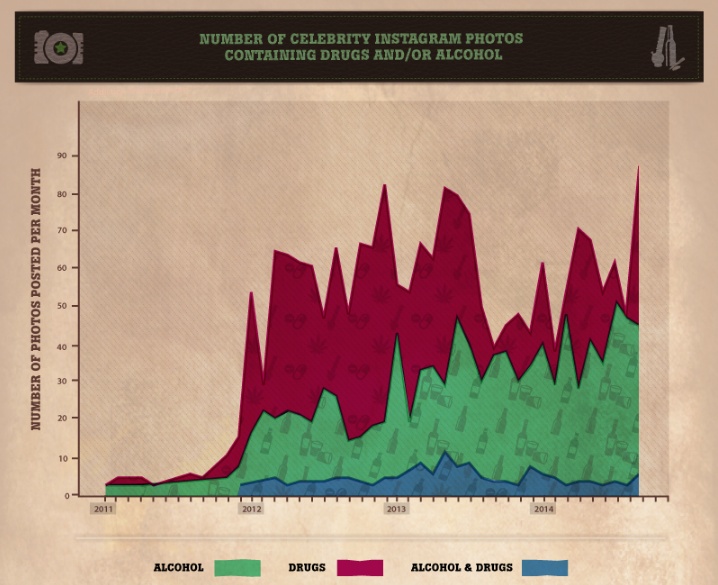 What sites or other resources do you look to for inspiration?

Allison: The New York Times sets the benchmark for what is possible. Jennifer Daniel my former boss at Bloomberg Businessweek is highly creative and now an editor at the New York Times. There’s also Nigel Holmes, a long-time editor at Time. He has a really illustrative style, which some consider “chart junk,” but I like him.

Andy: Newspapers are at the core of the very best practices in this field, such as The New York Times, South China Morning Post, and the Financial Times. Nathan at Flowing Data also continues to do an amazing job tracking the latest releases from across the field.

Katie: My design collaborators who have more of a visual background, and there’s a few people out there who are good aggregators, including Jan Willem Tulp and Giorgia Lupi.

Matt: I look to specific people’s work, including Gregor Aisch, Adam Pearce, and Amanda Cox. Tony Chu is also about to come out with really excellent work.

Gregor Aisch, Adam Pearce, and Bryant Rousseau, How Far Is Europe Swinging to the Right?

Nathaniel: I lean heavily on d3 visualizations. Blocks is a good one. Mike Bostock uses that as his way of demoing stuff. I also like Adam Pearce, at The New York Times, and a few other non-news developers, like Nadieh Bremer.

Ryan: I try to consume as much content as I can, and see what styles, mediums, topics, angles, etc., people are talking about on various social platforms. I especially love the data science community on Reddit (especially r/dataisbeautiful). If I’m working on a topic that I’m not too familiar with, I find it’s great to figure out where your audience is sharing and what they are talking about. I also frequently look at images tagged as “data” on Pinterest, Tableau’s Galleries, Behance, Awwwards, and Hashtagify.

Although no one can predict the future, these content creators have their fingers on the pulse.

Katie: I have more of a wish list. I would love to see people’s personal data, like their electricity bill or their health data, presented in a way that’s clear and doesn’t require you to be super numerate in order to understand. This is starting to happen already.

Kristin: New and increasingly sophisticated tools are emerging that will allow us to uncover hidden aspects of data that we were never before able to see. Machine learning will certainly impact this field even more significantly than it ever has before. Tools that bring data visualization technologies to the masses will become even easier to use and more intuitive. On top of all of this, we can expect more and more organizations, governments, and businesses creating public portals for their data as they realize the power of the crowd to find insights into public data.

Matt also pointed us to his post, which outlines more of his thoughts on the future. The outlook is positive. “I’m psyched for the next wave of software that makes journalism easier to code.”

Nathaniel: I’m excited for more intuitive and feature-rich tools that people with more of a design and graphics background can use without coding too much.

Ryan: In terms of visualization, we are already seeing the shift of static graphics to animated videos and GIFs. Social media has become the conduit for social sharing, and there has been a massive push toward videos and GIFs. I think many content creators have realized you can use data visualization as a way to tell the story within seconds. For example, look at the coverage of the Olympics by The New York Times. They created animated shorts to help put a variety of achievements into perspective. It also doesn’t hurt that our internet speeds are increasing, so more and more people can enjoy video content.

At Fractl, we’re excited to play a part in shaping the future of data-driven visualization. Take a look at some of our work.