This was originally published on Moz.

In a recent Whiteboard Friday about 10x content, Rand Fishkin said to expect it to take 5 to 10 attempts before you’ll create a piece of content that’s a hit.

If you’ve been at the content marketing game for a while, you probably agree with Rand. Seasoned content marketers know you’re likely to see a percentage of content flops before you achieve a big win. Then, as you gain a sense for why some content fails and other content succeeds, you integrate what you’ve learned into your process. Gradually, you start batting fewer base hits and more home runs.

At Fractl, we regularly look back at campaign performance and refine our production and promotion processes based on what the data tells us. Are publishers rejecting a certain content format? Is there a connection between Domain Authority (DA) and the industry vertical we targeted? Do certain topics attract the most social shares? These are the types of questions we ask, and then we use the related data to create better content.

We recently dug through three years of content marketing campaigns and asked: What factors increase content’s ability to earn links? In this post, I’ll show you what we found.

We analyzed campaign data from a sample of 345 Fractl campaigns that launched between 2013 and 2016. To compare linking performance, we set benchmarks based on the industry averages for links per campaign from our content marketing agency survey: High success (more than 100 placements), moderate success (20–100 placements), and low success (fewer than 20 placements).

We looked at the relationship between the number of placements and the content’s topic, visual assets, and formatting. “Placement” refers to any time a publisher wrote about the campaign. In terms of links, a placement could mean dofollow, cocitation, nofollow, or text attribution.

The chart below highlights the largest differences between our high- and low-success campaigns. 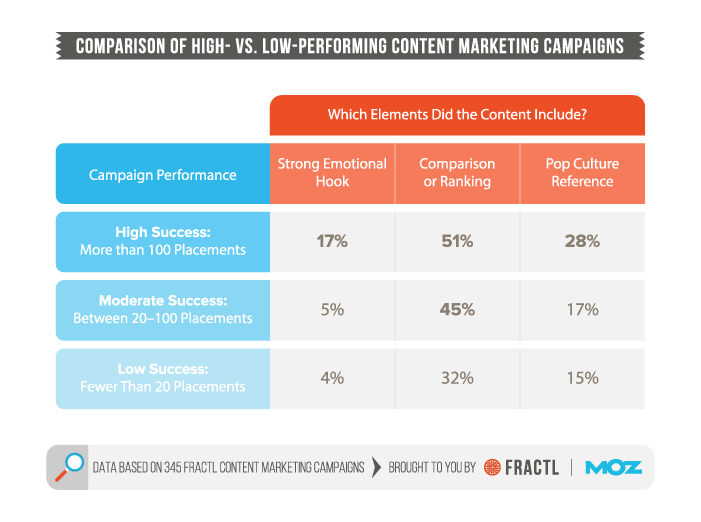 We found the following characteristics were present in content that earned the most links:

The data confirmed our assumptions about why some content is better than others at attracting links, as all four of the above characteristics were present in some of our biggest hits. As an example, our Women in Video Games campaign checked all four of those boxes. 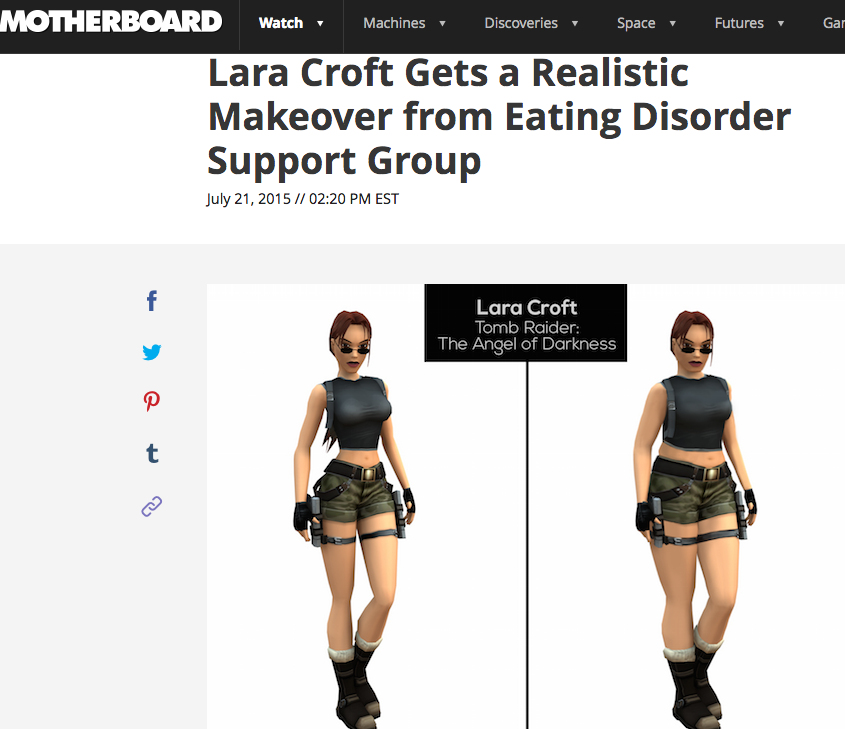 It paired a highly emotional topic (body image issues) with a strong visual contrast. It also included a pop culture theme that appealed to niche audience (video game fans) while also resonating with a broader audience. To date, this campaign has amassed nearly 900 placements, including links from high-authority sites such as BuzzFeed, Huffington Post, MTV, and Vice Motherboard.

Read on for more takeaways on how to increase your content’s link-earning potential.

Content that evokes a strong emotional response is extremely effective at earning links.

Example: The Truth About Hotel Hygiene 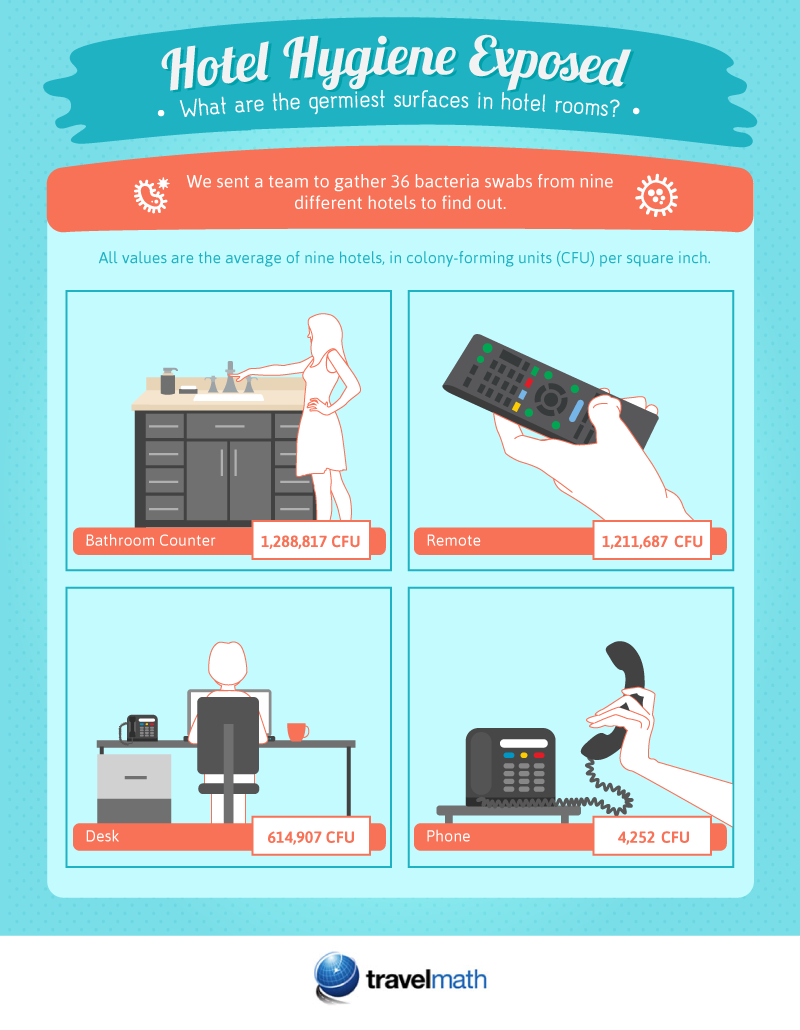 Our Truth About Hotel Hygiene earned more than 700 placements thanks to a high “ick” factor which gave it emotional resonance paired with universal interest (most people use hotels). We’ve also found including an element of surprise helps strengthen the content’s emotional impact. This study definitely surprised readers with a shocking finding: The nicest hotels had the most germs.

In our Perceptions of Perfection campaign, audiences were surprised to see how drastically designers altered a woman’s photo to fit their country’s standards of beauty. The surprise factor added an additional layer of emotionality to the already emotional topic of women’s body image issues, which helped this campaign get nearly 600 placements.

So we’ve proven emotionally provocative content can attract a lot of links, but what about high-quality links? We found a correlation between high average domain authority and content topics with mass appeal. Broad topics appeal to a greater range of publishers, thus increasing the number of relevant high-authority sites your content can be placed on.

Some verticals may have an advantage when it comes to link quality too. Campaigns for our travel, entertainment, and retail clients tend to have a high average domain authority per placement since these verticals naturally lend themselves to content ideas with mass appeal.

Some examples of campaign topics with a DA-per-placement average above 55:

Use rankings and comparisons to fuel online discussion. 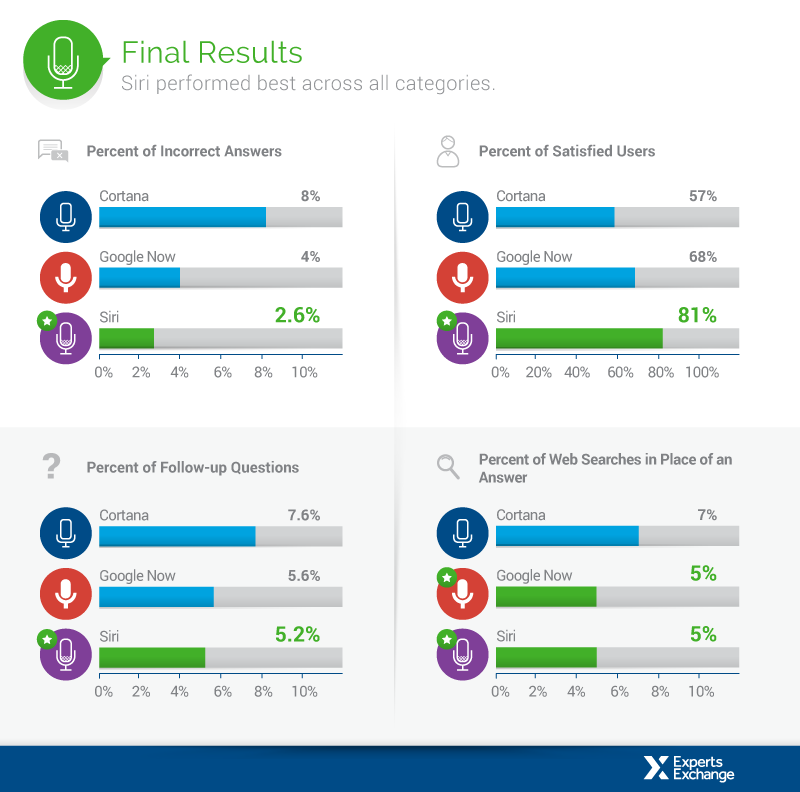 Comparing Cortana was a hands-on study for which participants gave a command to their virtual assistant and rated their satisfaction with the response. Comparing the three most widely used smartphone assistants attracted the attention of techies (especially Apple fans) as well as the broader public since most people have one of these assistants on their smartphone. 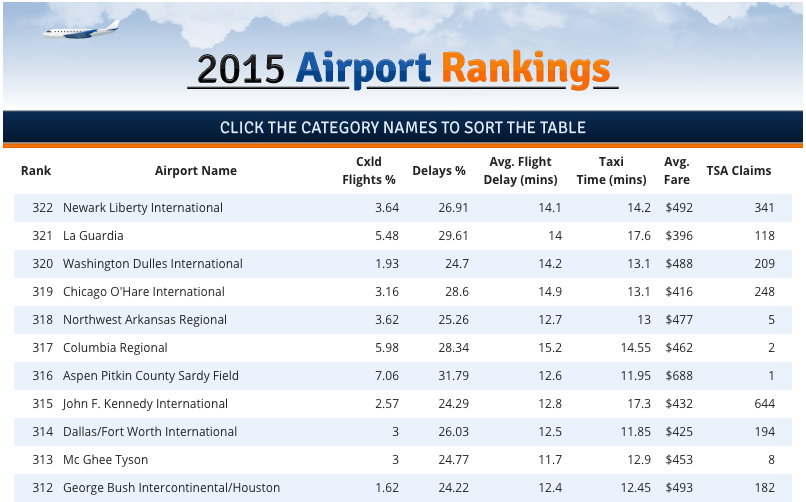 The Airport Rankings campaign looked at which airports offered the best and worst experiences, based on data including the volume of canceled flights, delays, and lost luggage. Local publishers loved this campaign; many focused on the story around how their regional airport fared in the rankings. Since most travelers have lived through at least one terrible airport experience, the content was extremely relatable too.

Incorporate a geographic angle to earn international or regional links.

Did you notice a majority of the broad-topic campaigns with a high domain authority listed above also had a geographic angle? In addition to broad appeal, geography-focused topics help attract interest from international and regional publishers, thus securing additional links. 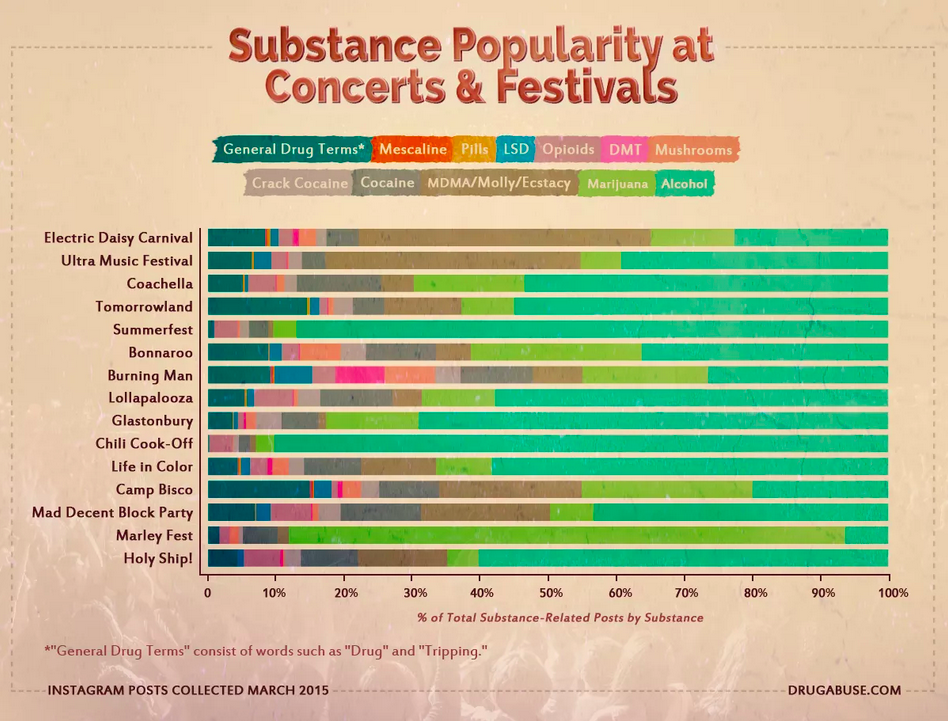 The Most Popular Concert Drugs, one of our most successful campaigns to date with nearly 1,900 placements, examined the connection between music festivals and drug mentions on Instagram. Many global sites featured the story for its worldwide festivals, including publishers in the U.K., France, Italy, Australia, and Brazil. Had we limited our selection to U.S. festivals, it’s doubtful this campaign would have attracted as much attention. 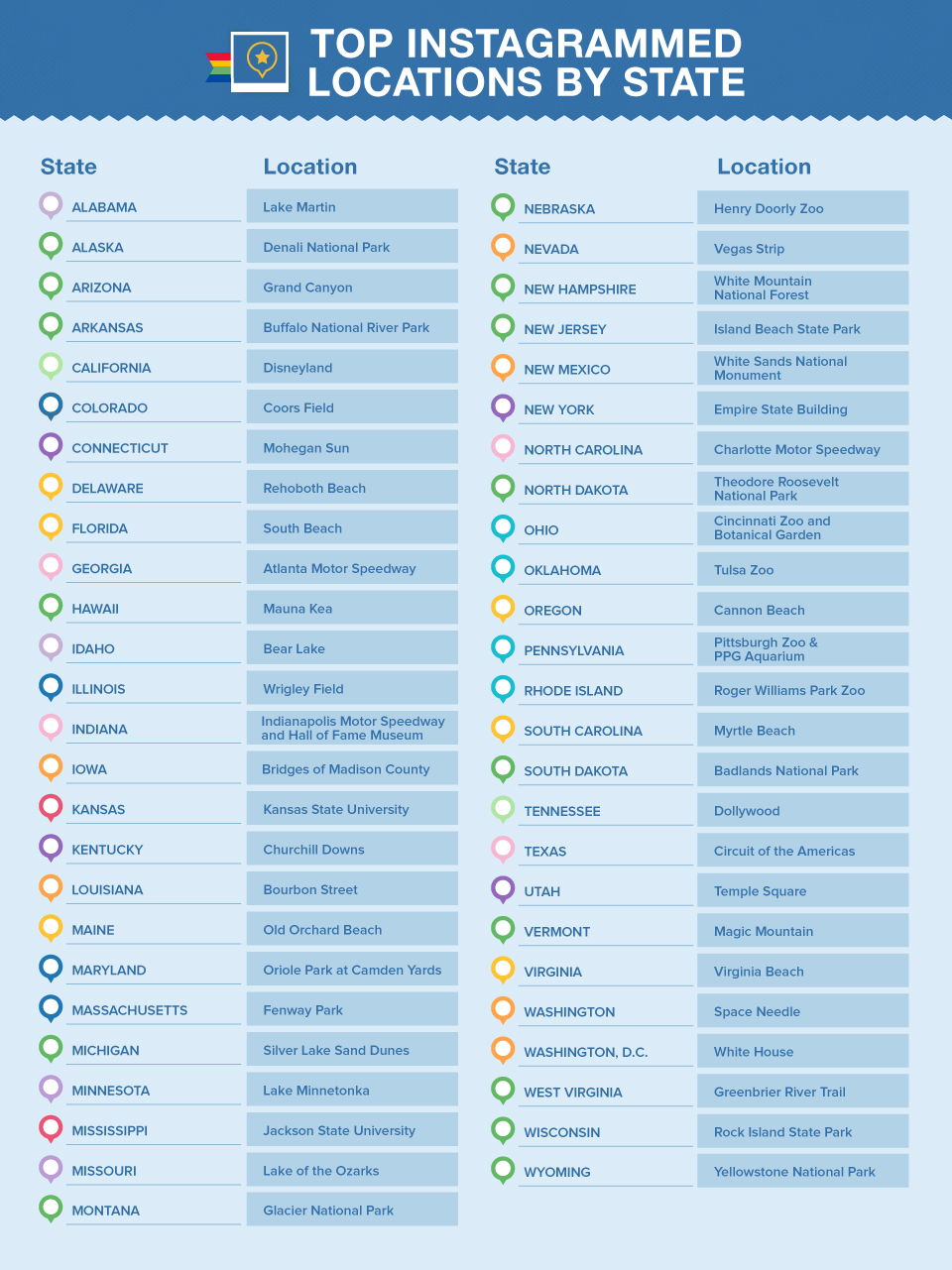 As with the example above, pairing a geographic angle with Instagram data proved to be a winning formula for the Most Instagrammed Locations campaign. We featured the most Instagrammed places in both the U.S. and Canada, which helped the campaign secure additional coverage from Canadian publishers.

Pro tip: To extend a campaign’s reach to the offline world, consider pitching relevant TV and radio stations with geo-themed content that offers new data; traditional news outlets seem to love these stories. We’ve had multiple geo-focused campaigns featured on national and local news stationssimply because they saw the story getting covered by online media.

Our campaigns with more than 100 pickups were nearly twice as likely to incorporate a pop culture theme than our campaigns with fewer than 20 pickups. Content that ties in pop culture is primed for targeting a niche of dedicated fans who will want to share and discuss it like crazy while it simultaneously resonates on a surface level for many people. Geek-culture themes, such as comic books and sci-fi movies, tend to attract a lot of attention thanks to rabid fan bases.

Trending pop culture phenomena are best for making your content feel relevant to the current zeitgeist (think: a Walking Dead theme that appeals to fans of the show while also playing up the current cultural obsession with zombies).

On the other hand, old school pop culture references are effective for creating strong feelings of nostalgia (think: everything in BuzzFeed’s ’90s category). If your audience falls within a certain age bracket, consider what would be nostalgic to them. What did they grow up with, and how can you weave this into your content? 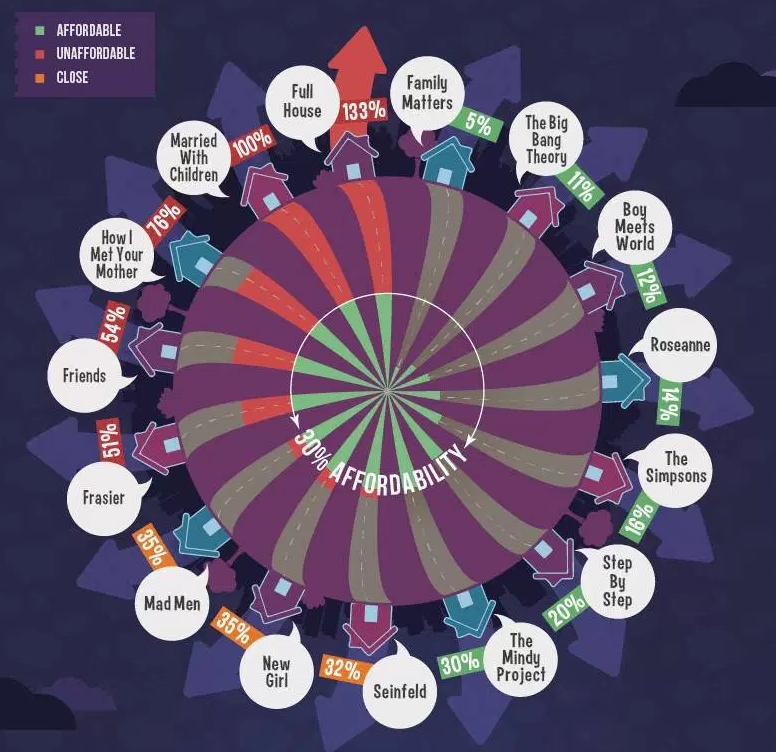 Sitcom Cribs looked at the affordability of the living spaces on various TV shows – could the “Friends” characters really afford their trendy Manhattan digs? By featuring a lot of older TV shows, this campaign had a high nostalgia factor for audiences familiar with classic ’90s sitcoms. Including newer TV shows kept the campaign relevant to younger audiences too.

Pro tip: To increase the appeal, feature a range of pop culture icons as opposed to just one, such as a list of movies, musicians, or TV shows. This adds to the range of pop culture fans who will connect with the content, rather than limiting the potential audience to one fan base. 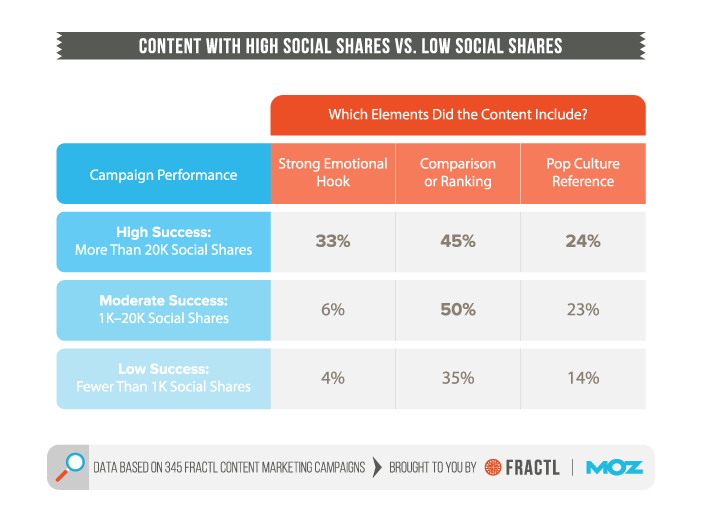 How can you ensure these elements are incorporated into your content, thus increasing its linking and sharing potential? In a previous post, I walk through exactly how we create campaigns like the examples I shared above. Check it out for a step-by-step guide to creating engaging, highly shareable content.

Want to see more examples of successful content marketing campaigns? Check out our portfolio for dozens of examples of content that captivated the web.