Turning huge datasets into original content is a key to our success at Fractl. Careful analysis of massive accumulations of figures, statistics, and survey data allows us to gain an understanding of large aggregate information and turn it into understandable content. This is called data journalism, and it is key to developing stories take findings and creating unforgettable content.

These data journalism examples show how our team digs through an abundance of data to find meaningful stories and new insights.

To better understand which colleges have the most prevalent drug cultures, we examined drug and alcohol-related arrest records and disciplinary actions in college towns. The resulting infographic showed various maps breaking down the cities with the highest concentration of incidents.

Due to the popularity of the subject matter, this was one of a three-part campaign strategy we did around this topic. This is a good example of using the same concept to create updated versions as new research emerges. One dataset, whether it be large or small, can be utilized in many different ways to create a variety of content.

For this next campaign, we combed through popular celebrity Instagram accounts to pinpoint who posted the most photos as well as who shared the most photos featuring drugs or alcohol. We presented our findings into an easy-to-digest visual format that confirmed what we already knew: celebrities love to overshare on Instagram, even when they’re doing something illegal or dangerous. 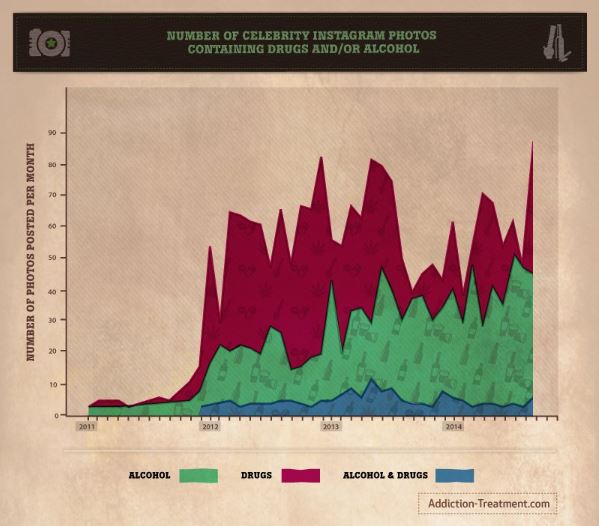 This campaign’s use of fresh data about celebrity behavior on a popular social network appealed to a wide range of publishers and audiences. Additionally, the campaign sparked discussion about the influence of celebrities and the potential consequences of condoning drugs and alcohol to millions of social media followers.

For this campaign, we analyzed more than 300,000 tweets containing 30 everyday terms, such as school, family, church, and beer. Using this data, we were able to pinpoint which areas and populations talked about these topics most frequently. 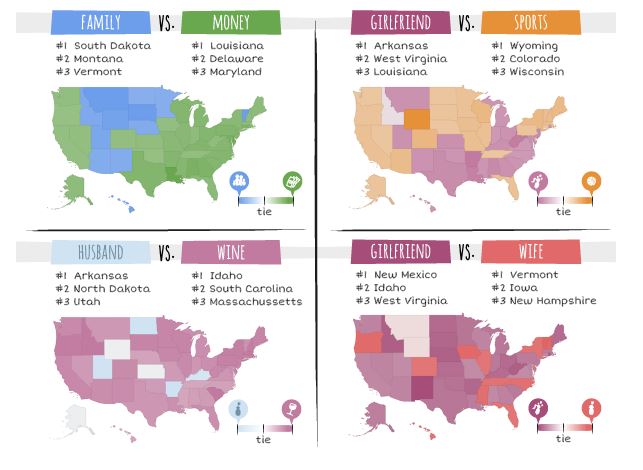 Similar to an election map, we then created “matchups” of two terms to see which term “won” each state. We ended up with some entertaining and eye-opening matchups such as husband vs. wine, beer vs. sex, and girlfriend vs. wife.