If a marketer says he or she can produce a content campaign guaranteed to go viral – run.

Let’s start with an unpleasant truth: not every piece of content will be successful. Quite frankly, some will be failures. We can’t ultimately control what publishers choose to cover, or what stories end up going viral. Anyone that tells you differently is selling you a bill of goods. We can, however, increase our odds of successful campaigns by honing creative processes and improving outreach strategies.

That said, once a piece of content is produced and promoted, you have limited control over how it will perform. Nobody can predict the future all the time, and despite your best efforts, some of your content won’t work. This is not a knock on ability, but a rather an admission of the unpredictability of human beings. Publishers are the gatekeepers, but in the end, we are trying to connect with people.

What can we do to minimize these failures? One of the biggest things you can do is to understand the reasons why content failed. Was there an issue with the quality of the content or were you done in by factors outside your control? If you don’t know the answer, you may change something that was actually working or leave something broken for future projects.

In this post, we will assume you were done in by factors outside of your control. We will look at some of the most common reasons for failure as well as steps you can take to protect your content.

If you’re not getting the media coverage you’re looking for, you may just need to hone your outreach strategy. But sometimes, something outside of marketers’ reach can affect the promotional success of a content campaign. Although it’s rare, it’s important to know what may cause this to happen and how you can hedge against the possibility. 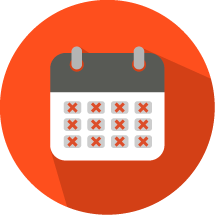 Unfortunately, marketers have little insight into the editorial calendars of the writers they plan to pitch. But this is something that can massively impact your promotional success rate.

Writers are under a lot of pressure to produce content and editorial calendars can fill up quickly. This is actually one of the most common reasons publishers decline our content. Here’s an example of this from a soccer-related campaign we promoted this year:

“I think it’s something that might be useful, but with the focus on the final game of the league season and then the Champions League final for us I don’t know that it’d fit naturally into coverage.”

As you can see, the publisher thought the content might be a good fit, but because of the timing decided to pass on the project.

It doesn’t matter how good your content is, at some point, you will run into a full editorial calendar. Here are some tips on how to avoid this scenario and what to do when it occurs.

This isn’t typically an issue, but it occasionally hinders promotional efforts if the niche you’re pitching in has had a major event that all publishers must cover to keep up with each other and with the news itself.

When researching potential writers and editors to pitch, make sure to have a section of your notes include how often they publish content a week.

Writers that publish more often have bigger editorial schedules and are thus more likely to be able to fit your content into their lineup. If a writer posts once a week or even once a month, that chance is much lower.

Also, keep major events in mind and consider how they may impact your vertical. For example, a presidential election could mean fuller editorial calendars for any publication that typically adds a political slant to their content. 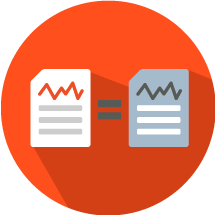 The Topic is Saturated with Coverage

In the journalism biz, this is known as being scooped, and quite frankly, it sucks. Writers are people too and they suffer from news fatigue the same as anyone else. When you start producing a piece of content, it’s possible that the topic is hot and relevant. However, moods and perceptions can change quickly. Just as the public can suddenly be “over” something, so can writers.

You could have created the most incredible piece of content ever, but if someone else happened to have the same idea and released it before you, no one would be interested in your material.

When it comes to current events, this can happen more often, leading to a piece to fail. In most instances, this occurrence is extremely rare. Ideas are typically complex enough (and often niche enough) that it’s very unlikely someone is working on the same project simultaneously.

But it has happened before, and if it happens to you, see if there’s anything you can do with your content to give it a fresh angle. Maybe you can hold onto the idea and wait to update it with fresh data down the line. Or maybe the comments on the story that beat you to the punch can reveal what flaws readers found in the content, which can help inform your own piece.

Salvage as much as you can, and don’t fret – it happens to the best of us.

One of the best ways to prevent something like this from happening is to use original data in your projects. This adds a level of newsworthiness that is impossible to exactly duplicate.

It’s not foolproof, though, because if someone does a similar study (again, super unlikely), it could overshadow your findings. Still, if another outlet produces similar but general content that’s gaining traction, then your data could serve as a compliment. This phenomenon sets up your team up for promotional leverage. 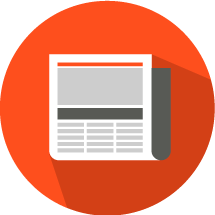 Breaking News Can Come Into Play

Life doesn’t stop for content. Things can happen that completely rock news cycles and these events might render your content insensitive to publish at a certain time.

For example, if you have a content campaign that talks about death and a natural disaster happens to occur, you’re not going to want to pitch that content. Human decency wins out over any data set. And if you’re doing outreach for your client, it’s your responsibility to know when it’s appropriate to pitch content that has their brand on it.

It’s a big wide world out there and “impossible” things happen all the time. From tech innovations to natural disasters to political firestorms, there’s no way to predict when a story will break that trumps everything else. So, what do you do when a story develops as you start promoting your content? The good news is you have options.

World events aren’t always negative, and sometimes, something happens that adds an extremely valuable timeliness quality to your content, giving it even more promotional potential. Even controversial timeliness can work if it’s not offensive.

But some events are particularly sensitive, and you’ll need to halt promotions.

Honestly, you can’t avoid this issue. But there are ways to still make the content work.

The first thing you should do is to analyze your content and how it fits in with the new story. Is it relevant? Does it add something or provide evidence for or against whatever is going on? If so, you may be able to pivot your content to try and capitalize on the breaking news.

That said, it is just as possible that your content does not fit in with the new story and will likely be seen as less important. When that happens, the best course of action may be to table that content and save it for later. While it may not seem ideal, getting something out of the project later is better than nothing now.

Another option is to try and supplement the project by adding to it so that you can capitalize on the news. This is obviously resource dependent, but sometimes a small addition can completely revive the relevancy of a piece. If you are reluctant to put a piece of content on hold, this can be the pivot that saves the piece.

Don’t panic that you can’t pitch publishers now – if the content is evergreen, hold on to it for a few months and pick up pitching then. It may not be ideal for your strategy, but saving the project for a later time means that it won’t go to waste.

If you have the resources, you can also use this time to see if there are any other angles you can take with the project or any other data sources that are worth exploring to build up its value even more. 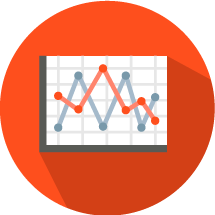 It’s the Nature of Marketing

If you’re a marketing professional, you know how dramatically the industry has continued to change over the last decade.

Amid these changes, so much of how companies have crafted successful marketing strategies has relied on trial and error – on taking risks to assess the wins and failures and discover what’s working. This applies to all kinds of marketing tactics, from SEO to paid advertising.

Content marketing is no exception. Companies and agencies rely on a history of proven content and promotional techniques to find what truly brings success, and that knowledge is extremely valuable.

But while this expertise means content helps reach marketing goals most of the time, it’s still not an exact science. This is true even for those who have been in the industry longest. There’s still an element of needing to try something new to find the tactics that garner the most success.

Don’t avoid taking risks; they are are often worth taking because the payout can be high (and the knowledge gained from trying it out is equally as valuable).

But sometimes, it won’t work out; the important thing is that you either:

The key to thriving in the marketing industry is understanding that things aren’t going to work 100 percent of the time and making sure you learn from anything that falls short of your expectations.

It also means working with a team or agency you trust to produce overall work that will achieve your goals and will make up for any flops in content. After all, content marketing is a long-term strategy that works after you execute several content campaigns and not just one.

Great marketers understand that being afraid of failure is the biggest hindrance to success.

Because some campaigns won’t succeed, play the long game

If you’re not getting the media coverage you’re looking for, you may just need to hone your outreach strategy. But sometimes, something outside of marketers’ reach can affect the promotional success of a content campaign.

A common thread for these circumstances is that all of them are outside of a marketer’s control. Despite our best efforts, things will come up that interfere with the success of content. This is why it is critical to have a strategy that is bigger than one campaign.

Think about it in terms of sports. If you watch a team for one game, you wouldn’t really have a sense of how good they were. Maybe they caught some lucky or unlucky breaks, or played exceptionally poorly or better than usual. However, over the course of a season, you would get a better sense of who that team is. Are they consistently putting themselves in good situations? Are they always in a position where they have a chance to win the game?

While we’ve been focusing on negative things that can hinder a campaign, there are also positive strokes of fortune that can take a piece of content over the top. These are good questions to ask yourself as you produce content moving forward. Are we putting ourselves in position to be fortunate? Are we consistently being undermined by the same circumstances? Given time, quality will find a way to rise to the top. As the great baseball executive Branch Rickey once said, “luck is the residue of design.”